Marijuana — both for medicinal and recreational purposes — is legal in Colorado. But, while it may be legal, there are a few things you should know if you plan on partaking to remain responsible and legal.

First, there are differences in the laws regarding medicinal and recreational marijuana. To obtain marijuana for medicinal purposes, you must be a Colorado resident with a state red card, which can only be obtained with recommendation from a doctor. With that red card, medicinal users can obtain marijuana from a licensed center, primary caregiver or can grow a limited amount themselves. For more information about medical marijuana, visit www.colorado.gov/enforcement/marijuanaenforcement.

Adults 21 and older can purchase and possess up to 1 ounce of marijuana at a time in the state of Colorado. Having more can result in legal charges and fines.

Marijuana, however, cannot be consumed publicly, on public land (including, but not limited to, the national forest and Wolf Creek Ski Area), or be accessible to the public. It also cannot be consumed in any indoor, public areas — like restaurants, bars or common areas in buildings.

Private business owners, including lodging facilities, can choose whether or not to allow marijuana in their establishment. To determine if consumption is allowed in any lodging establishment or not, check with the company’s staff.

Marijuana is permissible in cars, but cannot be in an open container or cross state lines (with neighboring states sometimes actively checking cars leaving Colorado). It is illegal to consume marijuana in vehicles or to drive while under the influence of marijuana.

Possession and consumption rules are the same no matter the form (edible or to be smoked), and violators are subject to prosecution, with penalties ranging from fines to possible jail or prison sentences. It should also be noted that marijuana, of all kinds, remains illegal at the federal level.

Too, any partaking should be done carefully and responsibly. For more information, visit www.colorado.gov/marijuana. 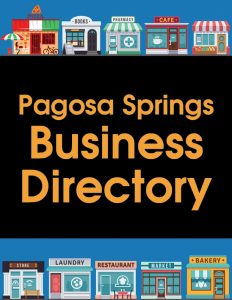